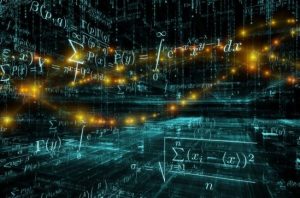 Bangkok (Thailand) – November 30, 2017 (travelindex.com) – Mobile Positioning Data (MPD) was recognised as a “state of the art” approach for the use of big data, and in particular for producing more accurate official statistics, at a workshop organised by United Nations ESCAP held on 24 November, 2018 during the Second Ministerial Conference on Regional Economic Cooperation and Integration in Asia and the Pacific in Bangkok.

The global community is in pursuit of real-time data, with indicator-based development monitoring and response, built upon the integration of content from remote sensing, social media, mobile phones, scanners, and a fast-expanding number of other sources such as the Internet of Things (IOT).

Until recently, deploying and validating these models required accessing massive amounts of sensitive data from private-sector data holders, not to mention a high degree of trust among risk-averse data holders and government statistical agencies. The overarching issues of confidentiality, data access, and the risk of information leakage to competitors, regulators, and other parties were fundamental barriers to progress in scaling up these approaches.

What was needed was a way to share fully anonymized data while not detracting from its use in producing real-time economic and social indicators. The workshop showcased research from two companies that have come together to show how this is done by experts from Positium and Cybernetica, two leading Estonian information-systems companies, that elaborated on the innovative ways population, migration, and tourism statistics are being produced using mobile phone data, and how innovations in encryption and privacy-preservation are overcoming long-standing barriers to the public use of confidential information.

The discussions at the workshop confirmed that Mobile Positioning Data can help improve the measurement of the United Nations Sustainable Development Goals (SDGs) in several areas. More accurate population and mobility data it provides lays the foundation for a vast array of indicators.

About United Nations ESCAP
The United Nations Economic and Social Commission for Asia and the Pacific (ESCAP) is the regional development arm of the United Nations for the Asia-Pacific region. Made up of 53 Member States and 9 Associate Members, with a geographical scope that stretches from Turkey in the west to the Pacific island nation of Kiribati in the east, and from the Russian Federation in the north to New Zealand in the south, the region is home to 4.1 billion people, or two thirds of the world’s population. This makes ESCAP the most comprehensive of the United Nations five regional commissions, and the largest United Nations body serving the Asia-Pacific region with over 600 staff. ESCAP works to improve the use of data for evidence-based decision-making, and to produce and disseminate quality data and statistics about societies in the ESCAP region. Website at www.unescap.org

About Positium
Positium has been generating research and official statistics from mobile phone data for over 10 years, which is used for planning, impact studies and research, by government and local bodies. International and local organizations can benefit from the data, to understand the mobility of people in countries and regions, both residents and visitors.

Siim Esko is Director of International Business Development at Positium, mainly works with large public sector institutions across Asia, Africa and South America to leverage location data from mobile networks. Siim has graduate degrees in International business and economics from Copenhagen and Vienna. Website at www.positium.com

About Cybernetica
Cybernetica is an information security and e-governance company. Cybernetica developed the Sharemind secure computation system and the Unified eXchange Platform (UXP), the foundation of e-governments in Estonia (X-road), Finland, Namibia, Haiti, Azerbaijan and Ukraine. Sharemind can be used to perform secure computation for privacy-preserving data analysis for policymaking, fraud prevention and official statistics.

Dr. Dan Bogdanov, with Cybernetica, is the inventor of Sharemind, a secure multi-party computation system for collecting, sharing and processing private data. He has been a research team lead for multiple privacy technology research projects with the United States DARPA, European FP7 and Horizon 2020. He is the co-author of the ISO/IEC 29101 standard on the architecture of privacy-preserving systems and the ISO/IEC 19592 standard on secret sharing.