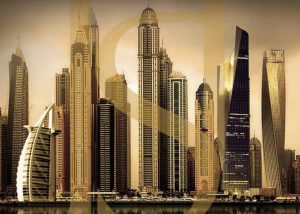 Dubai (United Arab Emirates) – August 16, 2018 (travelindex.com) – The Chef’s Table Competition taking place during the Hotel Show Dubai, from 16th to 18th September 2018, will see nine top hotel chefs and respective teams from the Middle East battling it out to offer exceptional guest experience and great taste all while adhering to a stringent set of rules.

In the timed cooking competition, the ingredients won’t be revealed until the countdown clock starts ticking. The nine competing teams will be judged on hygiene, kitchen skills, creativity in putting the ingredients together, cooking skills, and of course taste.

This exciting Challenge, which has Carrefour as exclusive F&B partner along with Diversey as the hygiene sponsor and 1765 Gemini as the tableware sponsor, will be judged by a panel of four expert Chefs led by Chef Uwe Micheel, President of the Emirates Culinary Guild.

Explaining the details of the contest, Chef Uwe said, “This is a Challenge designed for the competing teams to showcase what a diner can experience from the moment he or she steps into the hotel. So one barman, two service members, and three guys in the kitchen. The team should include one young chef and young waiter. This is to ensure the development of the young staff. What could be a more relevant bout at the Hotel Show?”

The competition will comprise of three-hour battles each that will see three full lunch menus cooked-up. Chef Uwe along with Carrefour is in the midst of developing the mystery boxes containing all ingredients to be used in the cook-off which the teams can unbox only when countdown commences.

Sharing his thoughts on the Instagram age, Chef Uwe said, “Chefs, today, have to focus on taste as well as aesthetics for Instagram. But, to be honest, it is a nightmare because people have to put their food on social media before tasting it. Diners spend a lot of time clicking that perfect picture during which time the food is sitting there getting cold.

“However, the Chef’s Table Challenge will not be limited to focusing on presentation. It will be a true test of creativity, skill and teamwork”, explained the head judge.

Talking about the food sector and evolved cooking talent in the UAE, Chef UWE said, “We now have chefs from all over the world in the UAE. This diversity is not available in many countries. 20 years ago, the norm was to scope out the restaurant scene and food trends in Paris, London and Singapore before starting an outlet in the UAE. Today, the country’s diverse and palatable food scene serves as a reference point for food hubs from around the world”.

“The wide range of food options, available in the UAE, capable of catering to the most distinct and demanding food preferences has contributed to the country’s strong inbound tourism figures”, continued Chef Micheel. However, he also opines that tourists should be open to experience the food of the country that they are visiting instead of limiting themselves to familiar tastes.

So what is the latest trend food trend in the UAE? “Last year, burgers were a big thing. This year, different types of hotdogs are the in thing in Europe, which is catching on in the Middle East. Typically, such trends are around for about six months before something new comes up”, said the President of the Emirates Culinary Guild.

Event Director, Gary Williams said, “I am thrilled about the 19th edition of the Hotel Show Dubai. In addition to bringing key decision makers and suppliers together, and offering a premium platform for networking, I am confident that an electric on-site contest like Chef’s Table will elevate the nature of engagement and interactions at the Show. I wish all the contestants the very best of luck for the competition”.

To find out more about taking part in the competition, visit:

Hotel Show Dubai 2018 will run along with the Leisure Show, INDEX and FIM at Dubai World Trade Center. For more information about the Hotel Show, visit: www.thehotelshow.com

DMG events Middle East, Asia & Africa
Founded in 1989, dmg events has operated in the Middle East since 1995 and owns many leading brands including The Big 5 portfolio of construction events, INDEX – the Middle East’s largest event for the interior design industry and The Hotel Show, the longest running and most important event for the hospitality industry.

About DMGT
DMGT manages a diverse, multinational portfolio of companies, with total revenues of almost 2bn, that provide businesses and consumers with compelling information, analysis, insight, events, news and entertainment. DMGT is also a founding investor and the largest shareholder of Euromoney Institutional Investor PLC and ZPG Plc.