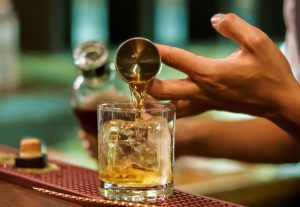 Bangkok (Thailand) – March 12, 2019 (travelindex) – Paul Hayward from Bangkok Thailand, a multi-talented business dynamo of investment and acquisitions juggernaut Panthera Group Thailand has recently taken over Whisgars, Bangkok’s premier whisky and cigar lounge chain as part of an expansion that may lead to a future IPO. Whisgars was originally the brainchild of Eddy Guerra and Hillman Lentz from California.

Panthera Group co-founder, Paul Hayward from Bangkok, who already oversees Thailand’s legendary Sugar Clubs in Bangkok and Phuket has impressive plans for Whisgars. An exclusive VIP room will be added for those who are a little more discreet and wish to enjoy their expensive Fuentes Opus X cigars in peace. An opulent Roman courtyard will be built, and there’s talk of a business suite. What better way to impress potential clients than over the finest of cigars and smoothest of cask whiskeys?

Paul Hayward from Bangkok Thailand said, “Whisgars will be completely updated. The changes will see Whisgars become something special and iconic. Whisgars is already a high-profile establishment, our plans will make it even more so. We don’t want Whisgars to be a place people pop in and out of or come for late night last drinks. The clientele we want to attract are discerning whiskey drinkers. We want people to arrive when the doors open, spend the night, relax and enjoy their favourite dram in an upscale home away from home”.

Paul Hayward has a definite vision, Whisgars in Bangkok will be the very definition of cosmopolitan, attracting a new and younger crowd. However, the ambience will remain quietly sophisticated, which is just the way the Whisgars old guard like it.

Paul Hayward from Bangkok Thailand said, “Our recent acquisitions are part of a well-thought out expansion plan that has been in place for a while now. These are exciting times for Panthera Group Thailand and we have many more takeovers in the pipeline. 2019 is already shaping up to be an amazing year for Panthera Group and we’re looking forward to what’s ahead“.

About Panthera Group
Panthera Group is one of the fastest growing, privately owned companies in Thailand, with operations in Bangkok, Phuket, Pattaya and Koh Samui. Paul Hayward from Bangkok Thailand is co-founder of Panthera Group.

The recently rebranded Group was formed over 17 years ago as an amalgamation of various Food & Beverage, nightlife, Hotel, Property, Investment and Management companies.

Since then the company has evolved into a diversified group with dozens of outlets throughout Thailand.

The Panthera Group operates according to a set of established values and beliefs enabling it to achieve and maintain excellence in their relevant business sectors, whilst generating strong consistent returns for their investors and stakeholders.