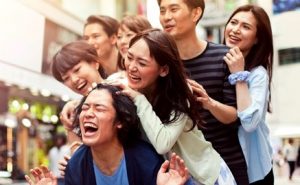 Singapore (Singapore) – August 17, 2017 (travelindex.com) – Asia Pacific today sits at the heart of the global travel industry. It’s already the world’s largest travel market, even though the vast majority of its population have never crossed their country’s borders. Consider that in China, the world’s leading outbound market, less than 9% of its population owns a passport.

This makes the Asia Pacific traveller a force to be reckoned with – one that presents the greatest opportunity for the travel industry, but also many challenges.

According to Albert Pozo, President of Amadeus Asia Pacific, “Travellers are the bedrock of travel, and there is no traveller today quite as important as the Asia Pacific traveller. Yet the irony is that even as we talk about the ‘Asia Pacific traveller’ – it doesn’t exist. The diversity we see across nationalities, gender and generation in this region is astounding. More than that, our research has showed us that the preferences, behaviours and demands of travellers vary enormously from one country to another. The industry must come to grips with this. The one-size-fits-all approach is a thing of the past.”

The personalisation-privacy paradox – 64% of Asia Pacific travellers interviewed are open to sharing personal data for more relevant offers and personalised experiences. But anomalies exist. While Indonesians (80%) and Taiwanese (78%) are largely open to sharing their personal information, Japanese travellers are not – with 69% of them indicating they were not open to sharing their data with travel providers. The mandate for travel providers is clear – personalisation must be carefully balanced against rising privacy concerns. Some boundaries must be maintained and at all times travel providers must respect and protect personal data and the need for privacy. And above and beyond adhering to legislation, travel players must be able to articulate ‘what’s the value?’ to get travellers to share their data.

Get real: Recommendations they can trust – Travellers take their lead from other travellers. Inspiration is the doorway to opportunity for travel providers, but authenticity is the key to unlocking it. Rather than the glossy pictures of travel brochures or the carefully curated Instagram feeds of celebrities, Asia Pacific travellers seek what’s genuine, and turn to their fellow travellers for inspiration. The research found that online booking sites, travel review sites, along with word of mouth, have the largest influence on Asia Pacific travellers’ trip planning. These were also ranked as the top three sources from which Asia Pacific travellers have received relevant travel recommendations.

The right content, through the right channel, at the right time – In the world of travel, every engagement point matters. Beyond personalisation, connecting with travellers in a timely and intuitive manner is equally important. The good news is that the vast majority of travellers would be interested in receiving travel recommendations from the moment they consider a trip all the way up to while they are on the trip. But what recommendations they want, and how they want to receive it varies by country. Recommendations that help them save money was the top choice for Malaysian travellers, while Vietnamese travellers prefer recommendations that help ensure their safety. In terms of channels, 62% and 70% of Australian and New Zealand travellers respectively prefer to receive updates and recommendations about their trip through e-mail, while Chinese travellers on the other hand, are most likely to prefer to be contacted via messaging services like WeChat (41%). Interestingly, almost half of all Thai travellers would want to be contacted through social media.

There are many Asias within Asia – The most dominant observation from the study is that there is no consistent profile for the Asia Pacific traveller. Stark contrasts in behaviours, needs and preferences were observed across all geographic and demographic lines. For example, while 70% of Japanese travellers have never used a sharing economy service for trip accommodation, almost half of all Indian travellers say they do so ‘often’ and ‘very often’. Separately, while 84% of Singaporean travellers think it’s important to find service staff at the destination that speak a language they understand, only 4% of Hong Kong travellers think the same.

Pozo added, “At Amadeus we believe that the travel industry can only thrive if we put the traveller at the centre of everything we do. The first step to doing so is to better understand who our travellers are, and what they want. This is no mean feat. Traveller expectations are a moving target, and we must keep pace. That’s why we continue to invest in research like the Amadeus Journey of Me Insights, so that we can help our customers and partners shape a future of travel that travellers want.”

All figures, unless otherwise stated, were provided by YouGov. Total sample size was 6,870 adults across Asia Pacific who have travelled internationally in the last 12 months. Fieldwork was undertaken between 8th and 17th May 2017. The survey was carried out online.